We have a design

After a bit of work on-line selecting the components we needed a couple of days in Eagle, to draw up the basic design (which like the code, I'm not releasing btw). I also had a design for the case, so we could start making things. The approach for assembly is to keep things flexible whilst we iron out the design issues - and to show the assembly methods to my children. At a future point, I'll produce the proper PCB's and miniaturise the platform a bit.

There are four main components to the system. 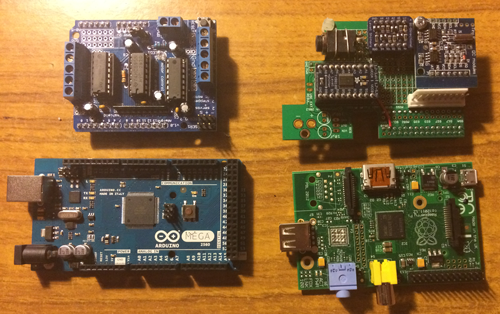 Going clockwise from the bottom left, they are : 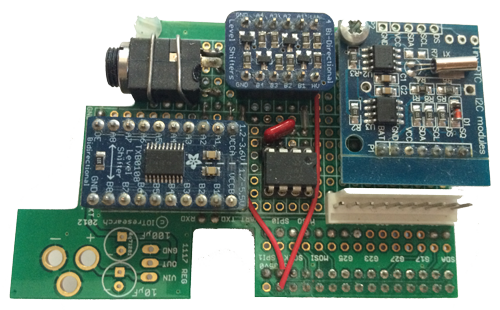 The Logic Shifter board is constructed from a Ciseco Humble Pi prototyping board which contains 6 main parts, from the bottom left, they are:

The board is just wired with some 30SWG tefzel wire I had lying around. 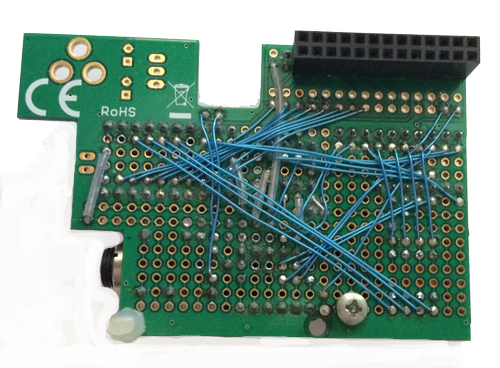