Now that the system was up and running in the office, the operating current could be measured and an estimate of the run time could be produced. The initial measurements were not good, something was taking too much power, also the servo's were doing odd things at random times, another defect on the list to look at.

After a bit of time, I determined that the MOSFET drivers I had selected were the cause of the problem, this was for several reasons.

Firstly, they were push-pull outputs and I had them connected up to the servo's power pins, so that I can power down the door control servos once they have done their job - after all there is no need to keep a servo powered up for 24 hours when I only want to open or close the door once or twice a day, hence I can save a lot of power.

The problem is that the chip was driving the power pin to ground, meaning that the control pin on the servo was now 6V higher than the supply, so the input protection diodes would be kicking in and conducting - this was bad and accounted for the servo oddities I'd been seeing and probably contributed to the random lockups I had seen, it also accounted for the higher current flows.

Secondly, having re-read the data sheet, these chips were designed to switch on and off MOSFETS rapidly, not be MOSFETS to drive loads, I'd used the wrong device !!

So, a bit of re-work later, the chips are gone and ordinary logic input power MOSFETS have replaced them, these are P channel devices direct from the 6V power supply 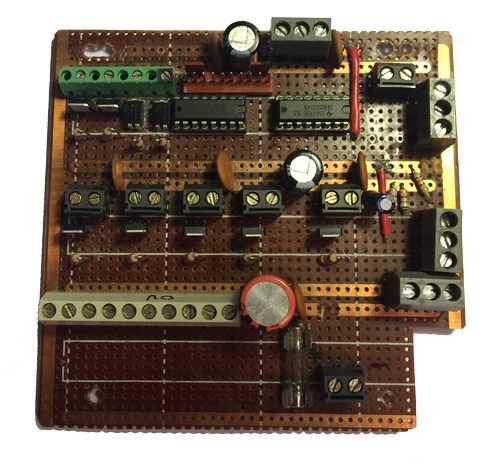 The back of the board is not pretty, but its functional and will work until I can get proper power planes on the final PCB's.
The current carrying capabilities of the power tracks are increased by the use of large copper wires soldered onto the tracks. 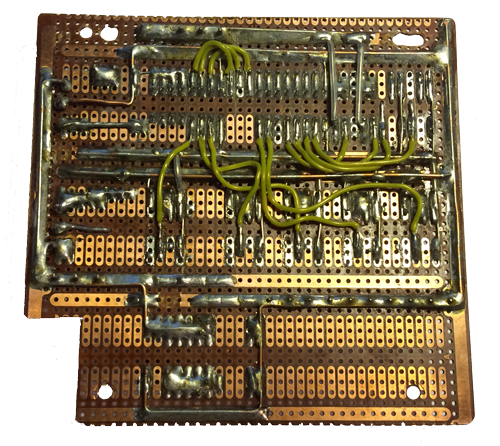